Over Christmas a biography came to me which is one of the most compelling and moving accounts I have ever read. 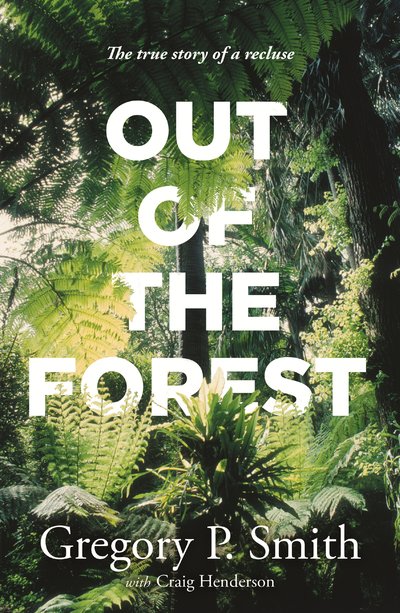 Out of the Forest (published by Penguin Australia) is the memoir of a man who spent ten years living as an alcoholic drug-crazed recluse high in the New South Wales forest, (with occasional forays down the mountain to the local hippy community to sell his crop of marijuana, and spend his income on  alcohol).

This man now holds a PhD and is an academic at the Southern Cross University at their Lismore campus in New South Wales, where he teaches Social Sciences. His name is Dr Gregory Peel Smith, and his story takes him from a severely abusive childhood and period of torment in a Catholic orphanage, through years of mental suffering, self-destructive behaviour, alcoholism and drug addiction and self-imposed isolation, to his present life.

Partly because I know the area Gregory is writing about (having lived in Brisbane for four and a half years myself, and having visited the areas of the New South Wales coastline, and spent time in the very mountains of which he speaks) I read this account with intense interest. But as Gregory describes his journey through the depths of human anguish, into self-imposed exile from human society, and all the gruesome details of what it takes to survive in isolation in the wild, I was totally captivated. This book has a strong spiritual character, despite Gregory’s disavowal of the Christian religion (not surprising when you read of the physical and spiritual and psychological abuse he received from the Catholic nuns in the orphanage.)

And the way in which Gregory rehabilitates himself, upon emerging from ten years in the forest, is deeply moving and inspiring. Although later on he is greatly helped by certain individuals whom he identifies as angels, in the early stages he transforms his life solely through his own inner resources. He describes in detail his method for “mounting a mental counter-insurgency” against his inner demons which I believe would be immensely helpful for anyone who has gone through any experience approximating to his kind of mental suffering and turmoil. Though his case was extreme I believe it will be of great value to many, and not only those who have been through comparable extreme experiences.

Naturally I highly recommend this book, and not only to a general readership but to those interested or engaged in psychotherapy and personal spiritual transformation.