We are just back from Bavaria where we were inspired by King Ludwig II’s castles, 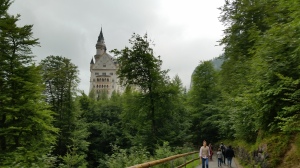 and slipped into Austria where we had a lot of fun on the Sound of Music Tour in Salzburg. 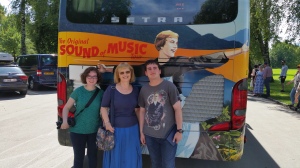 But the most outstanding feature of our holiday was our discovery of a truly intriguing character: King Ludwig II. Ludwig was a dreamer and visionary whose image is now ever-present in Bavaria.

Whilst visiting his three castles – the castle on an island in a lake, Herrenchiemzee, the fairy-tale like apparition high on a mountain crag, Neuschwanstein, and the exquisite vision in a valley, Linderhof, I was fascinated by his romantic idealism, his passionate devotion to the idea of being “an absolute king” dwelling in Castle Perilous, his love of immensely rich and precious interior decoration, his total disregard of the practical implications of his various passions, and his intense relationship with the great composer Richard Wagner.  His story was often tragic, and his end terribly sad – he was declared mad and killed – yet Bavaria thrives on his legacy today.

There were several aspects of Ludwig which inspired me for a major character in my WIP.  So this visit to Bavaria came at just the right time as I’m about to embark on the second draft. With such a complex character, I cannot be entirely sure whether his passion, intensity and commitment to a world of the imagination will infuse my villain, hero or anti-hero. That is yet to be determined…