It’s said that an image is much more powerful than words; which is rather a shame for authors who write books that don’t have any pictures! 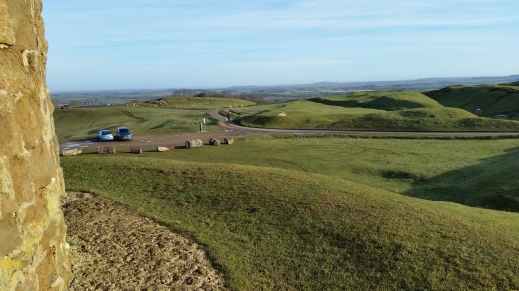 And so an author’s alternative is to paint a picture with words. Because, as author Isamu Noguchi says, We are a landscape of all we have seen.

In my new non-fiction book Spirit of Warwickshire I have chosen several places in Shakespeare’s county which I believe have spiritual presence; and each chapter is accompanied by a full colour photo of the highest quality, showing some of the spirit of each place. Many of the places are associated with Shakespeare, and each chapter is headed with a quote from the Bard of Stratford-upon-Avon, which I feel corresponds either in spirit or in specifics to what I feel about the place I describe.

And what a fascinating exercise it is to search for and find a Shakespeare quote to correspond with a piece you have written, inspired by your own independent thoughts and feelings:

Modest doubt is called the beacon of the wise.

And so might I meditate on the meaning of that at my first sight of the Burton Dasset beacon, which appears on the hill as you drive along the B4100 from Warwick to Banbury.

A new visitor driving towards the Burton Dasset Hills Country Park from either Warwick or Banbury might have little idea of the view which will greet them from around the next bend in the road.

Without warning, an extensive radiant visa rises into view, seen beyond the green hills of this former quarry, now a place which many sheep call home and to which a large number of visitors are attracted each year wiith their dogs and families, to walk, to picnic, and to admire the views from the highest point, crowned by a beacon.

Just such a beacon appeared to William Shakespeare as he wondered how he would encapsulate a beacon to the wise.